Monkey Pox: What We Know So Far and Ways to Prevent Transmission 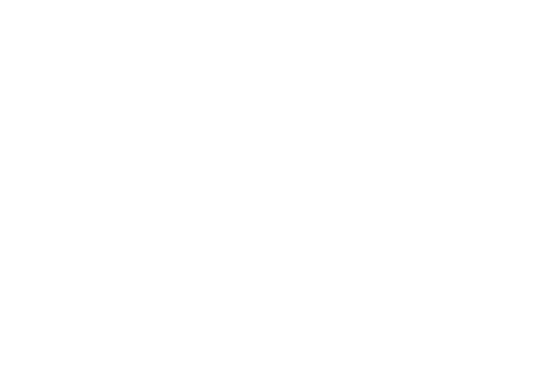 As previously stated, monkeypox was first discovered in 1958 when two outbreaks of a pox-like disease occurred in colonies of monkeys kept for research, hence the name “monkeypox.” In 1970, when smallpox was nearly eradicated, the previously unrecognized orthopoxvirus named monkeypox was identified in humans. The first known human case occurred Zaire (now known as the Democratic Republic of Congo) when a 9-year-old boy developed a smallpox-like illness, which was eventually confirmed as human monkeypox by the World Health Organization. Retrospectively, similar cases were also occurring in 1970-1971 in the Ivory Coast, Liberia, Nigeria, and Sierra Leone.

Monkeypox was limited to the rain forests of central and western Africa until 2003 when the first cases in the Western Hemisphere were reported. In late spring 2003, multiple persons were identified in the midwestern United States who had developed fever, rash, respiratory symptoms, and lymphadenopathy following exposure to ill pet prairie dogs infected with the monkeypox virus. In July 2021, the first U.S. case of monkeypox was reported in Dallas, Texas by a traveler from Nigeria. The exact potential for human-to-human transmission and human-to-animal transmission remains unknown, although it is not currently considered to be easily transmitted. Monkeypox is NOT a sexually transmitted disease (STI), although it spreads by close physical contact that could include sex. Transmission may also occur via respiratory droplets (and possibly short-range aerosols) or contact with contaminated materials (e.g., linens, bedding, electronics, clothing). The vast majority of cases have been in males. In the African epidemics, 90% of the patients were children younger than 15 years.

As of June 17, 2022, there were over 2500 total confirmed monkeypox cases in 47 non-endemic countries, including 100 cases across 20 U.S. states and the District of Columbia, with over 90 lab-confirmed cases being reported daily. To date, there have been no reported monkeypox fatalities in the United States. Although patients generally feel poorly, the disease is usually mild and self-limited with resolution in 2-4 weeks. “All the cases we’ve seen to date in this outbreak are related to direct contact, either through skin-to-skin contact or through bed sheets,” said CDC Director Rochelle Walensky.

Outbreaks in western and central Africa have been linked to exposure to rats, rabbits, squirrels, monkeys, porcupines, and gazelles. Inhabitants of remote tropical rain forests may become infected from direct contact while capturing, slaughtering, and/or preparing these animals for food; ingestion has also been linked to infection. Consumption of such so-called “bush meat” is particularly hazardous because the flesh is often undercooked. Because of the diversity of animals eaten by local inhabitants, conclusions about the relative risk of meat sources are not known with certainty.

Investigation of the exotic pet industry by state and federal authorities was triggered by the 2003 outbreak. The FDA lifted its restrictions on pet prairie dogs in 2008. The FDA consulted with the CDC and determined that the domestic restrictions placed on certain African rodents, prairie dogs, and certain other animals were no longer needed. However, the CDC restriction on the importation of all African rodents remains in effect to prevent further reintroduction of the monkeypox virus into the United States.

Although WHO considers airborne transmission a possibility, per Dr. Walensky, “We have not seen documentation of that through our experience with this virus or with prior similar viruses.” Epidemiologists are following this unusual outbreak very closely.

The CDC and the Association of American Medical Colleges (AAMC) have asked for each state medical board’s assistance in sharing guidance with health care practitioners licensed in their state or territory. The guidance includes the latest information and resources to plan and prepare for monkeypox virus outbreaks.

As we all follow the evolving monkey pox situation, here are some recent updates. Monkeypox was first discovered in 1958 when two outbreaks of a pox-like disease occurred in colonies of monkeys kept for research, hence the name “monkeypox.” The natural reservoir of monkeypox remains unknown. However, African rodents and non-human primates (like monkeys) may harbor the virus and infect people.

The first human case of monkeypox was recorded in 1970 in the Democratic Republic of Congo during a period of intensified effort to eliminate smallpox. Since then, monkeypox has been reported in humans in other central and western African countries.

To date, more than 750 community-based cases have been confirmed in 31 countries, increasing daily; the CDC advises that the risk to the general US population remains low, with 19 confirmed cases. There are currently no recommended travel restrictions, and no transmission was ever detected on aircraft while smallpox was circulating years ago.

Although monkeypox is not a sexually transmitted disease (not transmitted through seminal or vaginal fluids), the high incidence among young men who identify as gay, bisexual, or men who have sex with men supports the evidence that the virus can spread by viral droplets during close contact as well as from direct skin exposure to active lesions. The virus can also cross the placenta from the mother to her fetus.

Although there is no commercial assay to detect the monkeypox virus, diagnostic testing for Orthopoxviruses (which includes the monkeypox virus) is available at LRN laboratories (CDC’s Laboratory Response Network) located throughout the United States and abroad. Newly developed PCR assays will improve the rapid detection and differentiation of monkeypox infections from other rash illnesses. State and local health departments should be contacted before contacting the CDC. To date, no deaths have been reported in European cases, and infections have been mild.

The incubation period is typically 3 to 16 days, with many cases presenting with atypical features including very mild prodromal symptoms of a rash starting in the genital and perianal areas, fever, headache, muscle aches, and back pain, swollen lymph nodes, chills, and fatigue.

This is followed by a uniformly evolving blistering rash, which progresses from macules to papules, vesicles, and pustules and then to scabs and scars (in contrast to chicken pox or syphilis rash that appears in various stages of development). The patient is no longer infectious after the scabs fall off, which may take several weeks.

In the U.S., public health officials are in the process of releasing the two-dose Jynneos smallpox vaccine from the Strategic National Stockpile to protect some high-risk Americans who have been in contact with current monkeypox patients. It is approved to treat both monkeypox and smallpox.

In the recent news, there have been talks about the monkeypox cases in Europe and now the United States. President Biden called it something “to be concerned about” and is being very closely monitored here and internationally. Monkeypox was first identified in 1970 in the Democratic Republic of the Congo and has since expanded over the last 10 years to many other African nations. Despite the name, monkeys, like humans, are accidental hosts. The wild animal reservoir remains unknown.

Here is some current information on the situation and monkeypox in general.

Dr. Joe Mignogna is Acuity’s Chief Medical Officer.  Connect with him at jmignogna@acuityinternational.com